Discover which major airlines, countries are canceling flights amid coronavirus 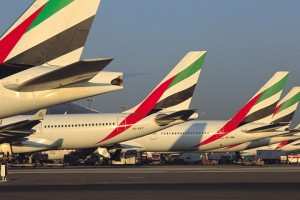 01 Mar, 2020 12062 views News
Airlines and civil aviation authorities have restricted travel to epicenters of the deadly coronavirus around the world, including China, Iran, and Italy. The virus currently has infected over 87,000 people, with nearly 3,000 confirmed dead. Iran’s coronavirus death toll is at 54, making it the second deadliest center for the virus after China, where the virus originated.

Here is the status of flights by key airlines and civil aviation authorities:

Bahrain Civil Aviation AffairsSuspended all flights to and from Iran, Iraq, Lebanon and the UAE.

EmiratesMainland China, except for Beijing, and Iran flights suspended.

EtihadMainland China, except for Beijing, and Iran flights suspended.

UAEAll UAE citizens banned from travel to Iran and Thailand.