US government shutdown: Business as usual for US visa services in UAE 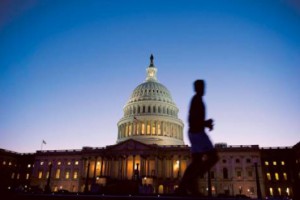 09 Feb, 2013 5526 views News
Dubai: For the scores of visitors to the United States embassy in Abu Dhabi and its consulate here on Tuesday, there was...

Dubai: For the scores of visitors to the United States embassy in Abu Dhabi and its consulate here on Tuesday, there was one question on their mind: How will the shutdown of the US federal government in Washington affect their visit plans?

In short, the answer is: It won’t.

Because visit visas come with a fee that includes processing charges, the service is largely self-funding and, as such, won’t be directly hit by the political standoff that has forced the US to shut its doors, freeze its non-essential operations and temporarily lay off — or furlough — as many as 800,000 federal workers.

The shutdown was forced on the US federal government after Republicans, who control the money-legislating lower House of Representatives, refused to pass a new funding bill for the financial year that began yesterday. They want any new bill to cut funding for President Barack Obama’s Affordable Care Act — “Obamacare”. It also came into effect yesterday.

The last time there was a shutdown in US federal services, it lasted 28 days back in 1995.

A statement on the US State Department website — a spokesman wasn’t available because of the time difference between the UAE and Washington — warns that if the shutdown is prolonged, the situation could change.

Similarly, US passports are still being renewed as normal — for now. If the shutdown is prolonged, US citizens should check with the embassy.

If you’re travelling to the United States — both Emirates and Etihad have extensive direct services across the US and, yesterday, Emirates launched a third daily flight to New York via Milan in Italy — the shutdown won’t have any impact on air passengers.

Air traffic controllers who direct all air movements into, out of and across US air space, are considered essential federal employees and, as such, are working normally.

Similarly, the inspectors from the US Federal Aviation Authority — those who ensure all carriers and their planes comply with FAA and US Department of Transportation Rules — are essential workers and are carrying out their daily duties regularly.

But what about when you land at any US airport — will the queues to clear immigration be longer?

The US Homeland Security department has an estimated 231,117 employees who are charged with keeping US borders secure. According to officials, only 14 per cent of the department’s staff — those involved in training new employees — will be forced to stop work. The rest, more than 85 per cent of the uniformed staff, will be on duty. The lines may be slightly longer — but likely only for those passengers who are leaving the US.

Yesterday, several US airports warned that air travelers should allow for more time to be searched and screened before boarding flights there.

If you hold a passport from a country — mostly the European Union states, Australia and New Zealand — subject to a visa exemption and need to apply online for a two-year visa exemption, there is no delay. The online service fee covers the cost of the exemption and it’s operating as usual.